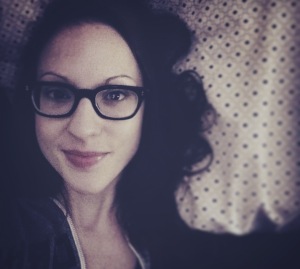 Just shy of three years ago, I turned thirty. And, that’s when I threw my heart into this blog.

At a turning point, and one of the most difficult junctures in my life, there was nothing left to do but — write.

Having just left my heroin-addict boyfriend, I was a few months away from celebrating my second year sober. And, with the world crumbling around me, I was beginning to feel that, in sobriety, I’d lost almost as much, if not more, than I had gained. I had feelings so complex, I didn’t know how to begin unpacking them all, I only knew that they felt worthy of documentation. — So, every Tuesday night, I sat up in my bed, writing feverishly, into the late hours. Hoping to capture something I was sure I’d lost, or, better still, to get a glimpse of something good I had missed.

On the day of my thirtieth birthday, I woke up early to open a package my mother had sent me from New York. It contained, as ever, a poignant note that made me cry, packed along with a long-sleeved blue and grey striped blouse — which I still have, wear, and love.

As I pulled my new top over my head, standing in front of the mirror, I noticed for the first time how thin I had become. While I had been with my addict-boyfriend, I had all but stopped eating.  I had not noticed the physical toll all the stress had taken on me. Staring back at myself in the mirror, I did not notice my age. I saw only how my eyes had fallen back into my cheek bones, how my once snug jeans hung slack over my thighs, and how the size-small top my mother had sent me, fell over my shoulders like a sweater. — Before leaving my apartment for work, I sat down at my computer and wrote: I am thirty. I am disappearing.

I never published that post. Because, back then, I wanted to disappear. And so, calling attention to the ribs pushing up through my chest like piano keys, seemed like it would reveal a little too much about what was actually happening to me. It required sharing an awareness that I was ashamed to admit I had — the knowledge that: I was sober, and, I was not doing well.

Truth be told, as I have written my blog over the years, I’ve left out many of the big details in my life’s story, as it’s unfolded, here, on this page. Because, no matter how present we become, there are parts of us that will always hurt when they are seen.

In just a few weeks, I turn thirty-three, my year-long blog project: My Year of Happiness, will reach it’s conclusion, and, should you care at all to know, I am filling out my clothes just fine. — There is no mistaking that I am still here. In the three years since my unpublished post, I never did manage to disappear.

But, a lot has changed in the past three years. Most of it, good. Some of it, painful. But, despite the redacted details, this blog, and its loyal readers, have been right here with me. You have seen a changing life and a small chasm of the world through my eyes. And, so, in the spirit of transparency, I feel obligated to notify those of you that may find this information pertinent, that, in conjunction with the end of my Year of Happiness — so too will end Saucy Sobriety.

I have spent the entirety of the New Year, 2017, brainstorming how to continue writing this blog in a way that could remain true to me. But, I just can’t. I have poured over old posts, tried to find solace in writing new ones, and spent hours contemplating what it will really mean to discontinue a three-year writing project that, in many ways, has defined me. Yet, something in me keeps chiming — It’s over.

And, it was in reading my unpublished blog post from three years ago, that I found my answer: I am thirty-three. I am disappearing.

But, this time, it is not because I’ve lost myself. — It is because I have found her.

Within, I have unearthed something new and exciting. A life where I can be so many things — all of which have nothing (and everything) to do with being clean and sober. It has been many, many months since sobriety has been the cornerstone of my life. Years ago, at thirty, sobriety was the only thing I had to my name. And, this space, this dot com, has been a testament to my own timeline. My change. My growth. My progression. And, my setbacks. — In a way, it has ushered me into a new, beautiful Universe. And, still, it allows me to go back and remember myself when I forget her. Even in those details that were lost between the lines, I am able to see a woman who has Become.

Now, I notice everything. Everywhere I go — I look for the story. — My story.

My life has taken its shape in the little things: Place settings at a friend’s dinner table. The light that fights its way through a thick canopy of leaves. The tired expression that the old man in cowboy boots wears as he pumps his gas at the Sunoco station. — Before sobriety, I was only worried about myself. — How I felt. How my life appeared. How I would survive all the things I was so sure were being done to me.

This blog has taught me to see. To see everything. To disappear into the background just enough to know that I am a part of something that is so much bigger than anything I ever was, or could have been, on my own.

This blog has taught me to find Happiness everywhere.

And, as my Year of Happiness comes to a close, I see that this has been only one chapter in my story. A bridge I’ve written to take me across the things I could not have waded through alone. I had to write them on paper. I had to have you read them on paper. But, with both my feet back on solid ground, I know that it’s time for new projects, bigger projects. — Time for a new story.

So, in some way, three years later, my story sounds more or less the same. I am disappearing.

Writing these final posts will not be an easy task. It is difficult to know how to say goodbye. — To you, and, to a younger version of myself.

But now, it is important for me that I begin writing a new story, on my own, without an audience. — One that, I know, I’ll sometimes wish I could share with you. 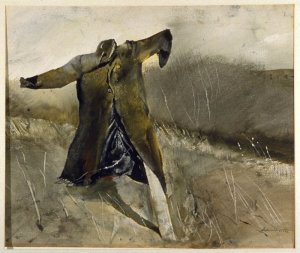 I have never been good at endings.

I don’t cry at funerals. I have stayed in relationships, long after things have been thrown at me. And even after years of sobriety, I still find it hard to know when it’s time to leave the party.

My first thought, as I come to the end of something big, is to let it slide by, unnoticed. To watch passively as it easily drifts away. But, the truth is — nothing of note ever drifts away easily.

In the past, I allowed things to carry too much weight. Which, in many cases, I’ve discovered, has ushered in the beginning of several downfalls. Somewhere on the road, while I gained traction in my life and sobriety, I convinced myself that certain things should not matter — or, at the very least, I’ve pretended that they should not matter. As a result, I let things get swept away. But, in reviewing this year, I see how flawed that system has become. And, in my efforts to dismantle it, I’ve learned that, more often than not, one of the most solid bricks in the foundation of my new-found Happiness is the ability to say a proper goodbye — even when it is hard.

Letting things go is important. Incredibly weighty. So much so, that I’ve tugged these blog posts around with me, written and unwritten, like little balls on chains. Stories and lessons that I’ve needed or wanted to share, but, many times, have been too scared to cut loose. But, this year, the more open I became — the more truth I blurted out — the better I felt. I suddenly had more space to occupy than I’d had in years. — Sometimes, the things that we keep too close are the things from which we need the most distance.

That distance can be difficult to navigate. There have been times during my Year of Happiness where this blog has felt like an extension of my person, another limb. Other times, it’s felt empty and unfulfilling — a blank page, begging for an explanation that I’ll never have. But, recently, I’ve discovered that, no matter what place the weighty things hold, we owe them. We owe the things that have been constant in our lives. Good and bad. Homage must be paid to the people, places, and things that have become a part of our day-to-day, regardless of their placement. Truly, it is these little things that make us.

You can never know how long something will stay with you — even after it’s left you. And this year, one of the greatest lessons I’ve learned is: You must learn to say your goodbyes. Even the ones that are long overdue. That can mean a host of things — revisiting old love, tending to old wounds, beating on your steering wheel in parking lots, crying for pieces of your heart that can never be retrieved, writing letters that you’ll never send because, no matter what you have to say — some words aren’t meant to be read or heard or even said at all.

This week, I was telling a friend how, when I was a child, my parents would correct me when I’d say that someone had “passed away.” — “They died,” I remember my father saying, “they didn’t pass away. They’re dead.” It sounds harsh, cruel even. But, it’s true. Taken out of context, and applied here, to the general idea of letting go, it still holds true. Letting an ending slide doesn’t serve anyone. Goodbyes are severe. They cut and bleed. But, they remind us we are still here. Alive and breathing. And, so long as we are still here, fighting the good fight, all wounds heal, even if we are left with scars.

It would be easy for me to let my Year of Happiness go. To slide right by it.  To say that, even if I don’t write my life out in so many words — it will go on. But, it won’t. Not in the way I’d intended.

This goodbye is a death, of sorts. But, it’s an evolution too. A Year that has carried me from one place to another. There is no way for it to slip away seamlessly. It it was never the organized syllabus of lessons and revelations I’d planned on documenting. It has been messy and painful, and on many days, it has been decidedly Unhappy. But, it has taken me to all the places I hoped I’d go — and to places I could never have predicted. For all this, I am eternally grateful. But, the Year is dying — it isn’t passing away. And, it is only right to mourn something’s death by celebrating its life.

Even as I struggle to write an appropriate ending to what feels like its own era, in these final weeks, a part of me knows that by seeking out a way to properly say goodbye to this Year of Happiness, and to all the parts of myself that will disappear along with it, I have gained something beautiful — in simply letting it go.